The 1990s: Print to Events to Dotcom to Crash

My media career started in 1995. I was doing phone-based list research (the Web was just about to hit), selling delegate places to a Windows in Finance conference (Bill Gates’ wealth was still only in the tens of billions), and acting as human signage.

What’s human signage? It’s a grad in an ill-fitting suit asking, “Have you come for the conference or the exhibition, sir/madam?”

[Event attendees weren’t sure of the difference then. They still aren’t sure now.]

I was working for an events company which had been acquired by a publishing company. We had spectacular years, and we had terrible years, and the nadir was when one of their executives leaked a memo to the FT blaming their poor group performance on us, their subsidiary.

[Media conglomerates weren’t sure they liked events businesses then. They’re even less sure now.]

Then things went better. I got promoted, way too quickly, and was MD of an office with nearly 50 employees at 26. We got into digital publishing (“portals! dotcoms! we’re gonna IPO!”) and tradeshows. I didn’t understand tradeshows but I did notice that they seemed to change hands quite frequently, leaving millionaires in their wake.

I put all my effort into the operating model, culture and teamwork, and ignored the business model and P&L. We lost a ton of money. My boss kindly didn’t fire me, but made my life something of a living hell until I learned how to run the business.

[I wrote a business plan for an advisory business that actually believed in people and wanted to create value – for audiences, for teams, for shareholders, for communities. I put it in a drawer and carried on paying the mortgage.]

Then I took my bonus from our record-breaking year, in the teeth of the 2000-2002 crisis, and started a tradeshow business. I sold it – too early, and with an ill-advised deal structure – and went into an earnout.

Clarion Events’ Simon Kimble called me up and asked me to advise on an off-market acquisition he was looking at. This conversation led to a longer-term project to build a new large scale conference business for Clarion, leading six acquisitions and learning an enormous amount about M&A, and where the value really lies for entrepreneurs and buyers.

They made a generous offer to participate in their secondary buyout – but by then I’d admitted to myself that I’m fundamentally an entrepreneur, not a corporate person. And I’d handed over large sums of money to people just like myself, and wondered, “Which bit of this don’t you understand?”

The 2010s: Investing to Advising, Lifestyle to Growth Business

So I went out on my own: advising on off-market deals by day, investing in and helping to scale media businesses by night. During the decade, more and more private equity money was invested in media, with different valuation multiples driving the breakup of some famous names: Emap, UBM. Exhibitions became separated from the publishing brands that had incubated them. Subscription businesses became much more sophisticated, becoming workflow tools rather than enterprise content licences. All this driven by cheap capital and multiple arbitrage. I never felt like this fragmentation served our audiences and clients.

By 2015 it had become clear to me that I really only wanted to work with entrepreneurs: I felt compromised by taking fees from people I’d ultimately be negotiating with to sell my businesses.

Then some media Founders started asking me to help them scale their businesses. Then to sell them. At first I said no. Then I saw them being advised by people just like myself, and wondered, “Which bit of this don’t I understand?”

[The answer: “Not much – and I’ll build a team who can work it out – and then we’ll try to do it at least as well as anyone else.”]

And that’s when Collingwood Advisory went from lifestyle business to growth business. We’ve built an amazing team of strategic leaders, subject matter experts and entrepreneur wranglers who are dedicated to helping entrepreneurs create value and scale up. We don’t take money from corporates, but their leaders respect us because we’ve done their jobs. We pay it forward with a programme of high quality, independent content, and curating the Media Entrepreneur Meetup and all its associated communities. And we are there to get the best result for owners when the time comes to sell.

Covid has removed the veil: audiences and clients like integrated propositions. Digital content and curated networking provides the glue between events and media. Resilience lies in providing value, irrespective of platform, not just being great at key account ad sales, or exhibition rebooks. Consumer media is melding into e-commerce and community platforms. And pureplay subscription businesses are moving up the chain to converge with high end workflow software.

What’s happened since January 2020 is digital disruption. It’s fundamental. Audiences and clients can see it now: the companies that care about value have thrived, those that were selling transactional products have taken huge hits. And integrated media and information solutions are growing exponentially.

Consolidation will accelerate through 2021 – and the most successful aggregators are likely to be companies that didn’t exist before 2010: providers of workflow tools, corporate learning and development, purchase intent platforms, digital-first marketing solutions businesses.

Of course, some pureplay companies will survive. In some markets, a standalone event will be so embedded that it can resist hybrid competitors. But that won’t be the case in most markets – B2B or B2C.

We’re on our own scaleup journey now.

We’re continually increasing the frequency and granularity of our meetings, reporting and operating model reviews. We’re continually increasing our investment in the team, and adding new capabilities, experiences and diversity of thinking. We have a brilliant group of advisers who are helping us to build a better company, to have the best in class operating model we help our own clients with.

And we’re ambitious. We start from the idea that we should be able to do everything that helps entrepreneurs to create value, and scale up. If it’s a new business model to us, or a new way of working, we wonder: “Which bit of this don’t I understand?”

And then we work it out. And try to do it at least as well as anyone else. 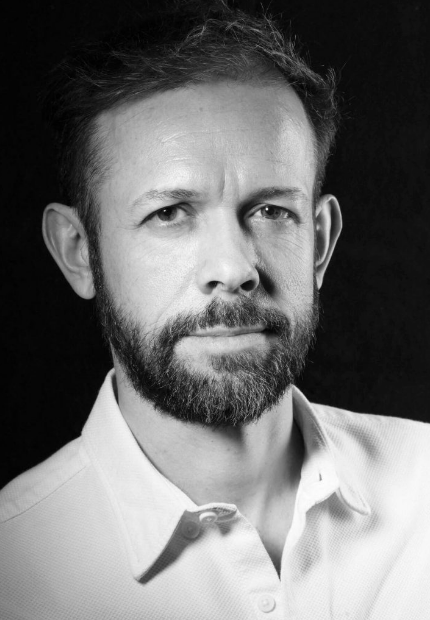 The Scaleup Toolkit: Freeing Yourself to Build a Valuable Company